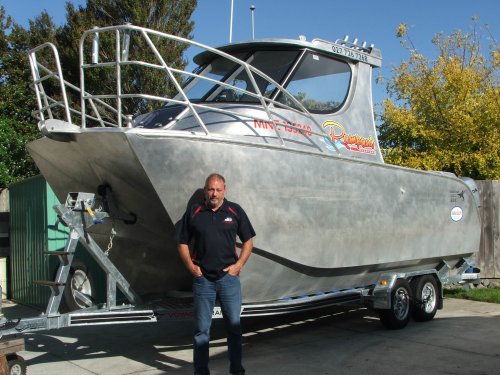 Hi my name is Graeme Bee and I am the owner of Rampant Charters.

I am a born and bred in Hawkes Bay. Since my early teens I have fished extensively in Hawkes Bay and to the south at Cape Turnagain. I have also been privileged to have spent a lot of time in the Bay of Plenty from East Cape to Tauranga chasing Tuna, Marlin and other game fish.

I have a great passion for all things outdoors and at sea these include bottom, game and light tackle fishing. Sharks and Dolphins are also creatures that never cease to amaze me and I frequently spend time watching and interacting with them.

The later was also the recipient of the national trophy for the heaviest game fish for the 2009 game fishing season.